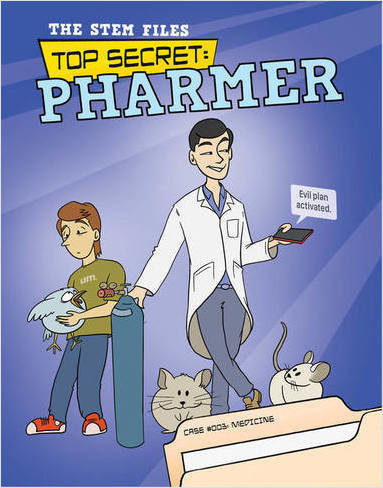 The STEM Files graphic novel series focuses on the hilarious, top secret stories of ambitious, but inept, would-be evil villains. Top Secret: Pharmer focuses on the blundering would-be evil villian Dr. Phineas, Armour, aka Pharmer, as he attempts to infect the residents of The City with the common cold and charge all the citizens for the cure. But he fails miserably due to his lack of knowledge about bacteria, viruses, and medicine. It's hard to infect people if you don't know how infections and medications work! Each book in the series focuses on a key STEM concept. Includes educational callouts, sidebars, and backmatter material. Supplemental activity also included.